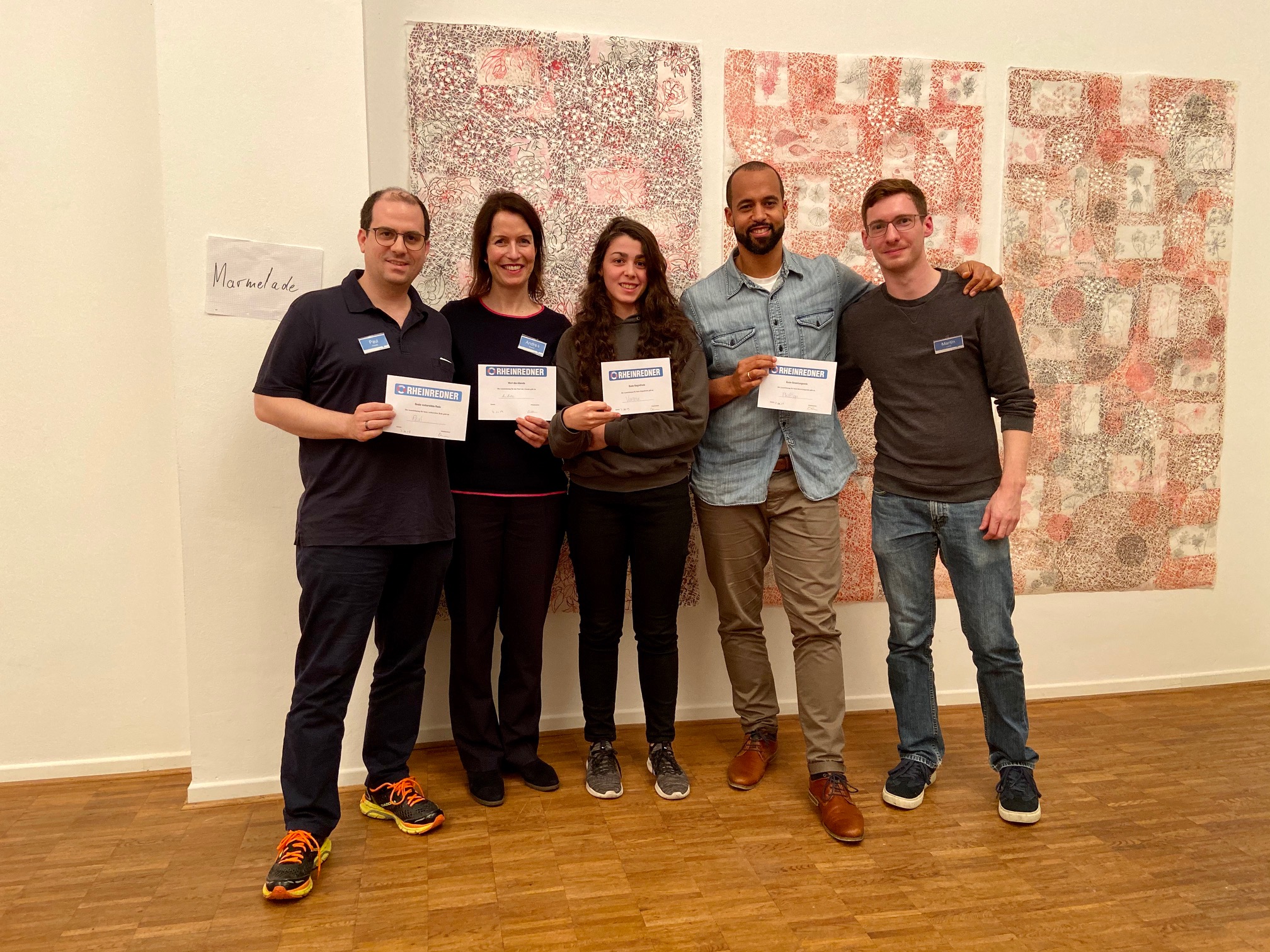 thank you again for making last thursday such a great evening, particularly because so many of you showed up!

We enjoyed many „Toasts“ (or speeches) of new and old members:
Paul gave his icebreaker speech (and received the „Best Speech“-Award for it),
Matthias gave a (hopefully soon to be continued) speech about the economics of happiness and Peter-Christoph told and showed us how he outlines a speech.

Those were evaluated by Lars, Philip (who was awarded
as best evaluator) and Elke.

Of course, there had been many uses of the word of the evening, which was „Marmelade“, but Andrea used it most
creatively.

Of course, we also had four table topic toasts related to the topic of „Toast“: Andrea told us what a „Chinese Toast“ could be, Verena (one of our guests who received the best table topics speaker-award) improvised a new Toast Hawaii-recipe, Mario gave a toast to a special person from Herdecke currently living in Liverpool and Anna (also one of our guests)
showed us the advantages and disadvantages of white and brown bread.

The next meeting will take place next thursday at the usual time. We’re still looking for a toastmaster of the evening, so if you want to try out, just sign in!

Best regards and have a nice weekend.